Written by Aamir Peeran
Updated over a week ago

In Manage My Org, Admins can control who receives each team's weekly performance report. Subscribe or remove users to a specific team's report and make sure the right team's performance reaches the right users each week.

The team subscribers table is located within the settings of each team. Learn more about Groove Teams here. 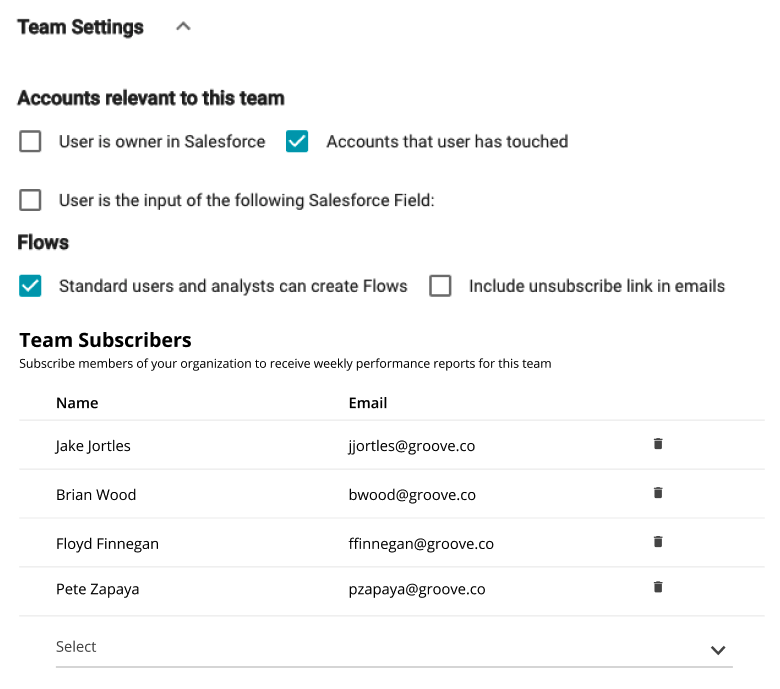 Want to share your team's metrics with members from your company that are not Groove users? Admins can bring these members into Groove as unlicensed users to share analytics and reporting that is relevant to them.

You will need to create these users as unlicensed users, and then can add them as a Team Subscriber. The people you would like to create will need to exist first as Salesforce Users.

Once you select which non Groove user to add to the Team Subscriber list, click save on the 'Select License' page without selecting any licenses. This will create the user as Unlicensed and they can be added as a Team Subscriber. 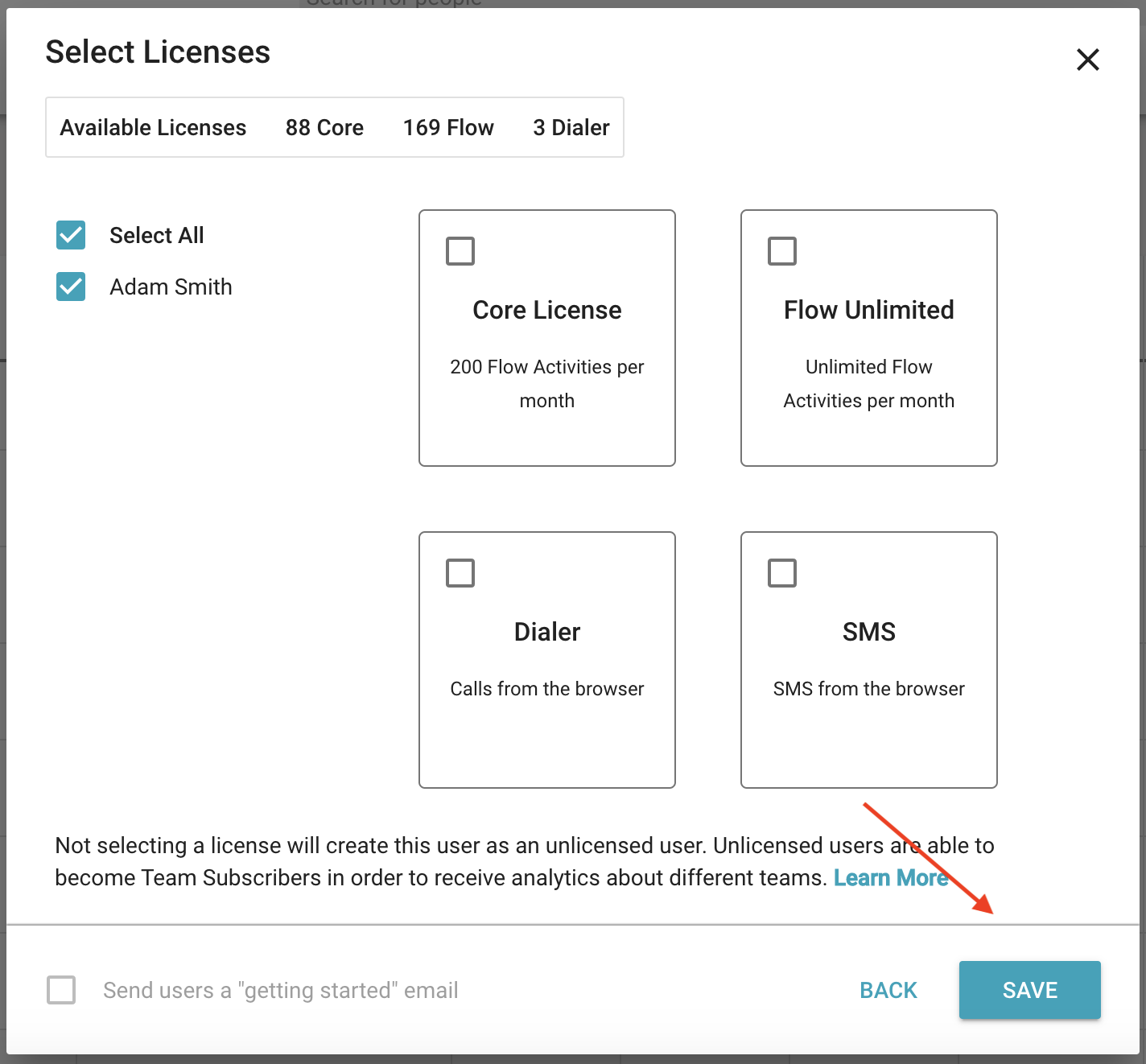 We understand that it can be difficult to keep track of your team's performance and to understand how that is changing over time. We're looking to take that work off of your hands by updating you every week on the efforts and results of your Groove teams: 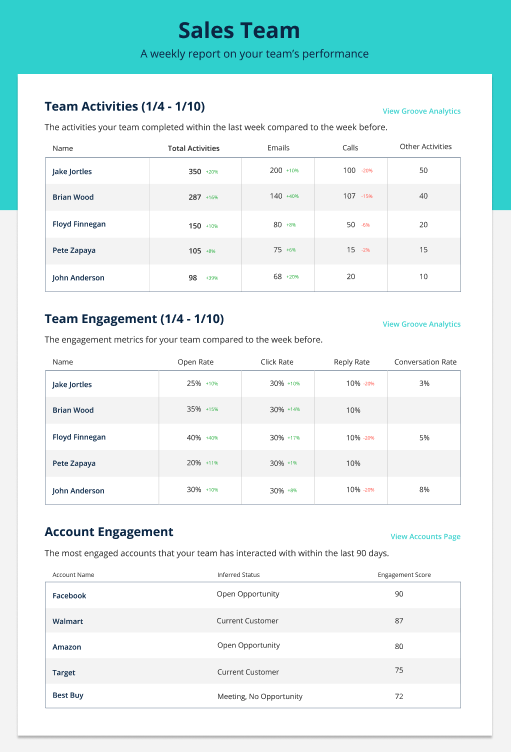 Shows a breakdown of each rep's activity metrics over the last week, as compared to the previous week. For example, Jake Jortles above had 350 total activities last week, which was about 20% more activities than the week before that.

Shows a recap of the percentage of total accounts that have been touched over the 90 days, as well as a breakdown of your team's most engaged accounts.

Finding the Weekly Manager Update in your Inbox

Because these updates are sent from an automated system on the Groove side, these emails may be getting filtered in your inbox as "Updates". We'd recommend creating a filter for these emails so that you see them in your Primary Inbox every Monday morning. The subject of the emails will be "Performance report for [Groove team]", so your Gmail inbox filter can include a search for the words Performance report as shown below:

Did this answer your question?